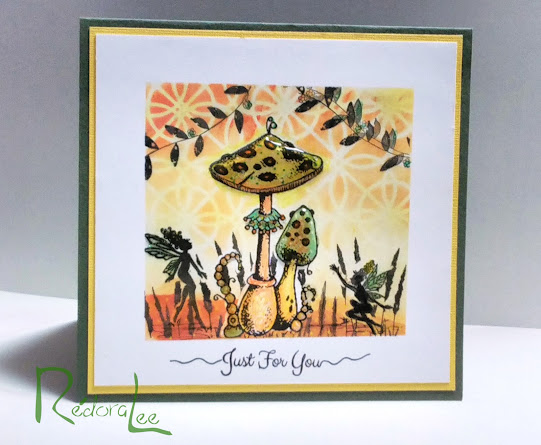 Lavinia Stamps just released two new products.  Since they were released the same day that Jo's video aired, it was an ideal opportunity to use what I have on hand to create a similar card. I love both Lavinia and AALL & Create products, but they are pricey, and I am broke! :D)  My main focus was on using my stencils more effectively in my mixed-media projects. 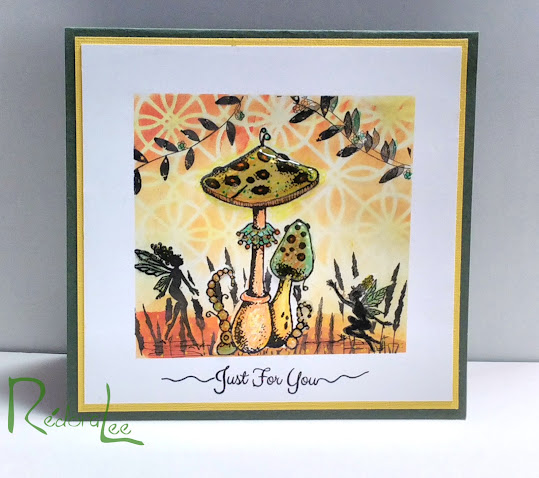 I used my double mushroom, instead of my single mushroom (which would have more closely resembled Jo's tutorial) because it was a better fit for the little fairy scene at the bottom of the card.  I must admit that I did yield to temptation and ordered the "Pippin"™ image.   I have too many mushrooms and grasses so I won't order the new stamps!
Here is the link to Jo's Tutorial.
Fairy Toadstool and Pippin Design
Thanks so much for stopping by!
Hugz,
Chana Malkah
Stuff I Used: (blue = Link)
ColorBox® Art Screen - Geometrics 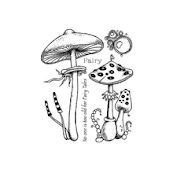 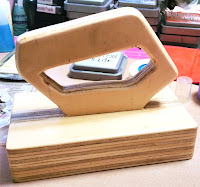