613 Avenue Create's April challenge is a chance to shake off the "Winter Woes" and to "Revel in the Magic of Spring.  Anything you might find "In The Garden" can be used as the theme of your project!

BLOOM
Where You Are! 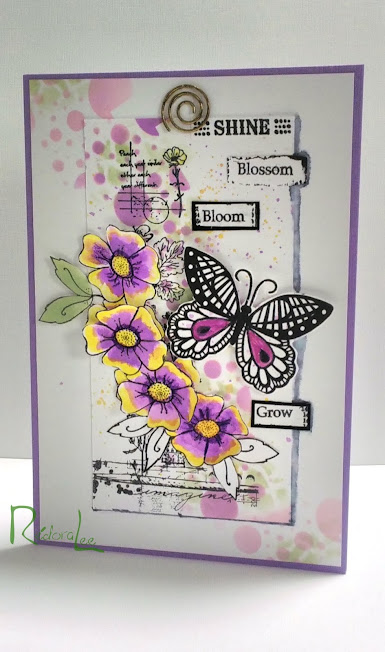 This project was inspired by a Jo Rice Tutorial.
Lately,  I find myself having the most fun in my attempts to recreate trendy projects using the stamps I have on hand. I must admit that the projects involve quite a bit of, "Oh, wait, I know I have a flower that looks almost just like that," followed by forty-five minutes to an hour looking for "that" flower stamp.😀 The redemption comes from the joy of finding "that" stamp and few others too.

Owning all of the AALL & Create Stamps is not in my crafting budget.  I have purchased a few (Thanks, Uncle Sam,) and I have set a goal of purchasing bundles when offered at Hochanda and Craftstash.  Interestingly,  I have discovered many stamps in my stash that make great substitutes.  In November of 2020, I used my birthday money to order a bunch of border stamps from AliExpress. They were cheap, and the store owner showed pictures of how these stamps could be cut apart and used individually! I use them all the time as a substitute when following a tutorial by Tracy or Jo. 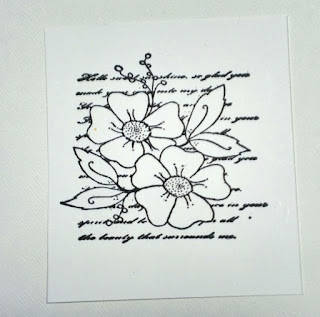 This Unity Stamp has been stash since 2012.  I used to get the monthly kits, most of which went unopened. 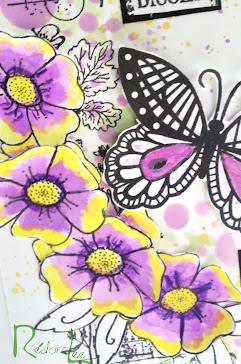 I planned to use this stamp with the script but it did not work. I opted instead for fussy cutting the petals and stacking them on the card. I stamped the image three times,  removed the leaves from all but one, and added them to the bottom of the floral spray.  I left them uncolored to continue the scheme of black and white spotlighting in the project. 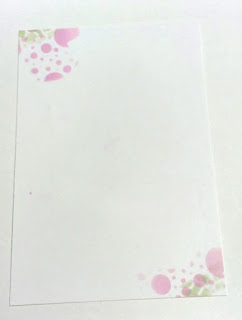 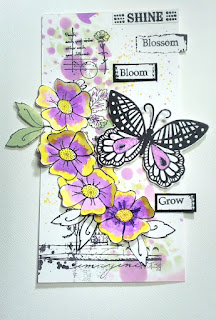 This project attracted my attention for two reasons, the diagonal stenciling on the two layers, and the black and white spotlighting.  In the tutorial, Jo did not use Bundled Sage.  I just love Bundled Sage and Wilted Violet together. I used my  Crackle Stencil to add Sage highlights. 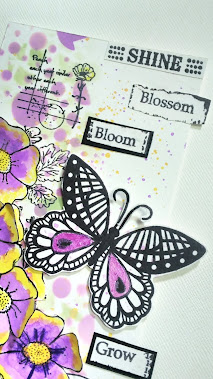 This beautiful butterfly is a Martha Stewart Stamp Set. I purchased this on December 14, 2011.  I used it for the first time two weeks ago.  It now resides in my "special" stamps container.  I don't want to lose it again. 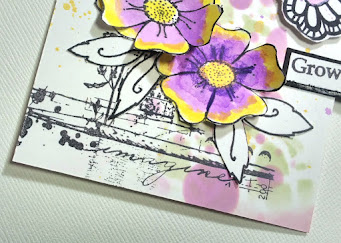 One of the fun techniques I have learned in my recent classes is "partial stamping."   This image is the barrel of a fountain pen.  I only wanted the word "imagine."  I think partial stamping takes the project to the next level.  Now I look at my stamps through a new and exciting lens. 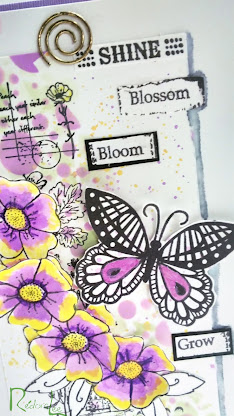 Another technique I am using more these days is stamping words from different sets and using them on my projects.  I am also doing more splattering.  I used Wilted Violet and Fossilized Amber to create the confetti splatter on this card. 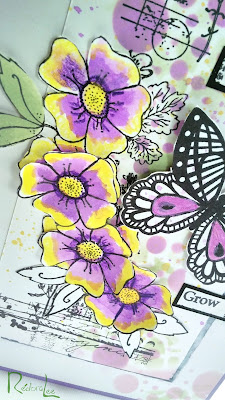 My blooms were "faux" watercolored with distress ink and pastel chalk pencils. I also used oil pencils to darken the center of the blooms. The spot color on the butterfly is Liquid Pearls.
I know this was a bit of a picture bomb.  Thanks for looking!
Hugz,
Chana Malkah
Stuff I Used:
Flowers: Unity Stamp Company- "everyday fairytale" (December 2012 Kit of the Month)
Border Stamp: Forest Whispers- "Dried Flowers) AliExpress